I might be a bit late to the game when it comes to Amazon’s Fire tablets, but now that I’ve had a chance to play around with one, I’ve been enjoying the experience. Amazon recently launched the newest version, dubbed the “all new” Fire HD 8, and it’s got some good improvements over the previous generation.

Getting this device set up couldn’t have been easier. Once it’s charged up you’ll log into your Amazon account and it automatically populates you previously purchased e-books and Prime videos.

There are some changes and improvements to this tablet from previous versions (none of which I’ve tried). While the price has increased from the Fire 7, you’re getting a bit of a bigger device; the previous Fire was 7″ to the new one’s 8″ size.

How to take a screen shot on Fire HD 8?

To take a screenshot on a Fire HD tablet, just press and hold the volume down button and the power button simultaneously.

The audio quality is also good; the tiny speakers get really loud and should be enough to annoy your whole row and everyone around you on the plane! Fortunately, the headphone jack means you shouldn’t have to.

No Alexa connectivity in Canada… yet

Fire Tablets in the USA have Alexa smart digital assistant functionality built in, but this feature hasn’t been enabled in Canada yet. You’ll see the app on the tablet and you can click on it to open it up, but nothing works yet. I asked Amazon why it’s not working and when it should be enabled, and all they could tell me is– they’re working on it.

And… No Show Mode… yet

With Show Mode on your Fire HD 8 or Fire HD, Alexa voice responses are enhanced with full screen visuals. Since Alexa isn’t enabled on this tablet, the function doesn’t work, but what this feature is supposed to do is turn your tablet into a defacto Echo device with a screen, like the Echo Show.

Since this feature isn’t available in Canada, I wasn’t able to test it out.

Once again I have to point out a feature that’s not yet available. For video calling to work on this tablet you need Alexa to function. Annoyingly, I can see my Fire HD tablet inside the Alexa app on my phone, but it just reads, “offline”.

Again, I hope the Alexa issue is resolved soon so all these fun and helpful features can be taken advantage of.

I was surprised by how much I like this tablet. It’s compact and light but it is a bit on the thick side. Even so it’s quite versatile; it makes me realize just how much I’ve come to rely on Amazon for things like shopping, music and now videos.

While this tablet definitely doesn’t have the capabilities of something like an iPad Pro, it’s also a much less expensive tablet, priced at an astoundingly affordable $99CAD for the 16GB size and $129 for twice the memory at 32GB.

The screen and audio quality are fine and the variety of apps available is excellent.

What I disliked most about this tablet is all the features that aren’t available… yet. Video calling, Alexa voice control, Show Mode and more. While these will likely be delivered in a future software update, it’s too bad they’re not ready now. Even so, if you’re getting this tablet, at least you know some of its future potential. But if these are features you need and want now, you might be better off with a different tablet, though you’re definitely going to pay more for it.

Overall there’s a lot to love about Fire HD and there will be even more when Alexa comes to play. if you want a low priced but versatile tablet for travel or the kids, or to supplemetn another tablet you may already have, getting the all new Fire HD 8 is a no brainer. 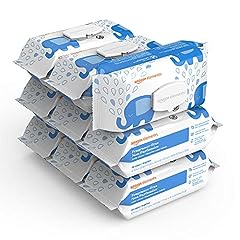 9 flip-top packs of 90 Amazon Elements Fragrance-Free baby wipes Seven simple, naturally-derived ingredients Pediatrician tested Made with 100% purified water Free of fragrances, dyes, parabens, phthalates, alcohol, phenoxyethanol Do not flush; wipes... (as of September 10, 2020 - More infoProduct prices and availability are accurate as of the date/time indicated and are subject to change. Any price and availability information displayed on [relevant Amazon Site(s), as applicable] at the time of purchase will apply to the purchase of this product.) 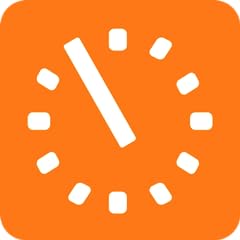 Skip the trip and shop for tens of thousands of daily essentials and gift items through the Amazon Prime Now app. Choose from three ultra-fast delivery options for orders fulfilled by Amazon Prime Now: delivery in a two-hour window, delivery in a one... (as of September 10, 2020 - More infoProduct prices and availability are accurate as of the date/time indicated and are subject to change. Any price and availability information displayed on [relevant Amazon Site(s), as applicable] at the time of purchase will apply to the purchase of this product.) 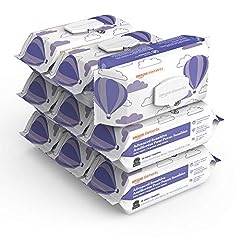 9 flip-top packs of 90 Amazon Elements Advanced Sensitive baby wipes Suitable for sensitive skin Pediatrician and dermatologist tested Helps soothe dry skin Accepted by the National Eczema Association Free of fragrances, dyes, parabens, phthalates, a... (as of September 10, 2020 - More infoProduct prices and availability are accurate as of the date/time indicated and are subject to change. Any price and availability information displayed on [relevant Amazon Site(s), as applicable] at the time of purchase will apply to the purchase of this product.) 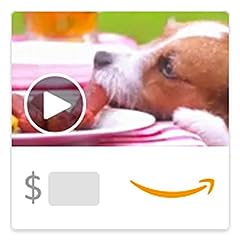 Amazon.com Gift Cards never expire and carry no fees. Multiple gift card designs and denominations to choose from. Redeemable towards millions of items store-wide at Amazon.com or certain affiliated websites. Available for immediate delivery. Gift ca... (as of September 10, 2020 - More infoProduct prices and availability are accurate as of the date/time indicated and are subject to change. Any price and availability information displayed on [relevant Amazon Site(s), as applicable] at the time of purchase will apply to the purchase of this product.)

Very good review. Keep up the good work. If you want to make the tablet even better get google play services on the tablet. Plenty of YouTube video showing you how to do this

Is it still worth without Amazon Prime subscription?

When I take it to church and connect to the internet it opens a screen with “Fire …” loading screen… then 20 seconds later it goes to the home page.. 3 seconds later it goes to “Fire…” and so forth and it wont stop, even after reset, the only fix for this is to factory reset it. I sent one into the lab and no resolution as yet… some internet connections on wifi causes this on multiple devices of the 8 inch tablet. Anyone else have this problem?

does anyone know how it compares to the 7

*Install google playstore, then nova launcher and its way better*
btw .. you shouldve got the 10 in one. that one has Alexa handsfree, i just bought it for 120 euros

Hi Erin! My sister use to have older version and she wasn’t happy with it due some of things she needs like video recording. So, she switch to Apple IPad Pro. Have a great day!!

Thanks for the review Erin.

Does it work well for games? I was thinking of buying it for my kids instead of an iPad. And if so, how many games do you think you could fit on it.

i have an amazon fire but find it just a link to amazon it sucks really it does. if only you could wipe all of the amazon software off it lol

Is it being introduced in India? when?

Try charging it in 6 months – notorious for becoming v difficult

I have a 5th generation kindle fire, the one before the fire 7, and it sucks, slow, balky screen and it stalls constantly. The wi fi reception is poor as well, you need to be closer to the modem than my other tablets. My Nvidia tablet has the same problems. My Samsung is the best one.

So weird about things not working in Canada.

I got a great deal from TSC. It was a Showstopper. I got the 32 gig for $104.00 it came with a,coupon code for a free case from Casable, 1 year of office suite and a couple of other things. I like it but I find it a bit slow

I’m a cross boarder shopper and my question is: If i buy one from Amazon.com (not Amazon.ca) and have it shipped to an address in the states. When I cross the boarder bringing it into Canada will the Alexa features be still be enabled, or does the device recognize that its in Canada and disable the affected apps you mention?
Thinking about buying 2 of these for Christmas and would really like to find out an answer to this.

Yeah, I think I want to get this amazon 8 tablet for my middle brother for christmas this year.

got this and the dock last week-all working with show mode etc on in UK-quite good-hope you get it soon. btw i got 32gb version with show mode dock for £109-not a bad deal as it does more than a stand alone alexa device

Should we wait for the foldable phone or a tablet?

Question, when I was watching a video I don’t know what I press but it said swipe up from bottom or down from the top exit window mode. And now some videos on prime won’t play in full screen.

I’m in the UK and all the features work here. This is my first Amazon media product. Although I shop at Amazon and get all of my CDs and downloads from there. So this is great for that. Got the tablet on offer. I think the screen and sound quality are really good for the price.

On the hardware side: 1.5 GB RAM is … not optimal, imho. These days 2GB System RAM should be the minimum. Even on budget tablets. Lenovo & Co. at the same price point offer it. Amazon went cheap on the wrong end. It is only available on their Fire HD 10.

how to view books on sd card in kindle fire?

The older one I had worked fine but dont buy one with low memory (8-16 gigs), Amazon constantly forces you to take updates and forces you to delete apps you like and need.

When I open my hd8, the screen open a naked lady & lots of adds

How well does YouTube work on it? Another video said YT doesn’t work to good on it .