It’s here: the Xiaomi Mi 9! In this review I’m looking at what’s new, the tech specs, look at the photo quality, audio quality and more. Let’s find out what’s to like about this phone… Let’s go!

The Mi 9 is the latest successor in Xiaomi’s flagship range of smartphones. The Mi9 is one of the first smartphones to feature the all-new Qualcomm Snapdragon 855 processor; one we will see in a lot of upcoming flagship phones in the coming year. This new CPU means it’s not only much faster than it’s predecessor, the Mi 8, but it should also be much more battery-friendly.

The main upgrades, besides the CPU and GPU, is the (improved) in-glass fingerprint scanner on the front of the phone. This reacts much faster and results in much less failed unlocking-attempts than the Mi 8 Pro.

Very welcome is the addition of Qi wireless charging that’s supporting 20W Qi Quick charge. The 20 watt Qi chargers that Xiaomi recently released are very popular and have been consistently sold out since their launch; so I have not been able to try that out.

The battery is slightly smaller, as the Mi9 comes with a 3300 mAh battery, as opposed to the 3400 mAh battery found in the Mi 8. However, the Mi 9 should give you much better battery performance due to its new CPU and GPU.

The triple camera setup is probably one of its highlight features; considering that has been given a DxO-Mark score of 107 which puts it just below the collective number one spot of Huawei’s Mate 20 Pro, P20 Pro, and Samsungs Galaxy 10 Max.

The camera is really impressive. The regular camera shoots up to 48 MP (downscaled pixels merge it into 12MP output) and these photos come out great! The additional 2x zoom lens and the super-wide angle lens (117˚ field of view) make this a very versatile camera rig which is the first time for a Xiaomi phone.

The video shoots 4K UHD at 30 fps per default and has very impressive image stabilization. At night I did encounter a few times where the focus would abruptly shift, but this was mostly when shooting at 60fps, and felt more like a software bug than an actual problem with the camera.

Overall, both the video and the images I have taken with the Mi 9 are very impressive and I tend to do a full Mi9-camera-video sometimes soon. (Let me know in the comment section if that’s something you would like to see!)

Both the speaker and microphone seem to have slightly improved when comparing to the Mi 8, making it a better performing phone overall.

To conclude; I find the Mi 9 to be a very good upgrade of the Mi 8. It has some of the features I personally missed on the Mi 8, like Qi Charging, and it has improved on all fronts. Also, the significantly smaller notch for the front-facing camera is a change that many will be very pleased with.

Especially when taken into consideration that this is the first phone sporting the Snapdragon 855 processor, that it has a top-3 (or top-4) DxO-mark performing camera AND that it is the most affordable phone from the list: The Mi 9 is probably THE smartphone to look at early 2019: it’s a really well-performing beast of a phone for a very (very!) competitive price! 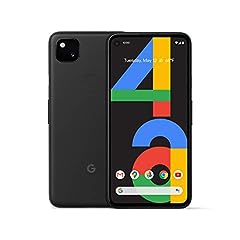 New, unlocked Android phone gives you the flexibility to change carriers and choose your own data plan; works with Verizon, T-Mobile, Sprint, AT&T, and other major carriers Capture great photos using your cell phone on the 12 MP dual pixel rear camer... (as of October 24, 2020 - More infoProduct prices and availability are accurate as of the date/time indicated and are subject to change. Any price and availability information displayed on [relevant Amazon Site(s), as applicable] at the time of purchase will apply to the purchase of this product.) 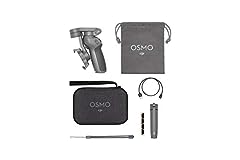 Featuring a new foldable design, a lots of new functions the Osmo Mobile 3 smartphone stabilizer is a must-have handheld gimbal for content creators. A 3-axis stabilized gimbal features brushless motors that provide smooth, real-time responses to eli... (as of October 24, 2020 - More infoProduct prices and availability are accurate as of the date/time indicated and are subject to change. Any price and availability information displayed on [relevant Amazon Site(s), as applicable] at the time of purchase will apply to the purchase of this product.) 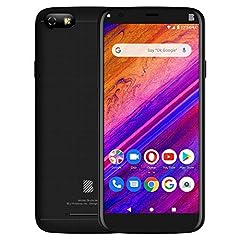 5.5”Hd+ 18:9 Curved Glass Display 720x1440 Resolution. 13MP Main Camera with LED Flash, 8MP Selfie camera with LED Flash. 32GB Internal memory 2GB RAM Micro SD up to 64GB; Octa-Core 1.6GHz processor with ARM Cortex-A55 chipset. 3,000mAh Battery and A... (as of October 24, 2020 - More infoProduct prices and availability are accurate as of the date/time indicated and are subject to change. Any price and availability information displayed on [relevant Amazon Site(s), as applicable] at the time of purchase will apply to the purchase of this product.) 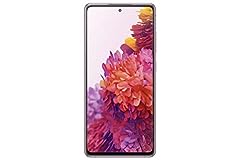 (128)
Pro-Grade Camera: The new Samsung Galaxy S20 FE mobile phone features high-powered pro lenses for beautiful portraits, stunning landscapes and crisp close-ups in any light with its 3X optical zoom 30X Space Zoom: Whether you want your cellphone to zo... (as of October 24, 2020 - More infoProduct prices and availability are accurate as of the date/time indicated and are subject to change. Any price and availability information displayed on [relevant Amazon Site(s), as applicable] at the time of purchase will apply to the purchase of this product.)

Xiaomify! Any idea when the Global transparent version is going to be released? Groetjes!

Can this be used in the USA?

You have to update the subscriber count in the outro animation … 69k what an opportunity!

Nice video, is there global version for sell in China?

Is the top bezel larger than the side bezels?

i want that thing, dammit

Why dont we get to see your selfies too xD

Suzanna was the best part of the video.

YES! It’s here: The almighty Xiaomi Mi 9! Enjoy!
I am working on a whole bunch of other videos including the RedMi Note 7, the Xiaomi neck-band earphones and A LOT MORE! -Stay tuned :))

Is possible wireless charging with that xiaomi case with strip?

Does Suzanna has a sister?? Let me know that

Please tell me what laptop stand that girl is using!

Nice comparision Brother. I stay @ my Mi8 6/128GB. Regards from Europe from my channel

Mi 9 is cheaper on Amazon 🙂

u made this video in China?

If you choose France ass region you can use face unlock…….

The charging anim is dope!!

how does the main camera compares with the mi 8’s. that’s the thing that’s keeping me from buying the mi 8 as its much cheaper. but the 8’s chin is hideous lmao. I’m planning to keep the phone for 2-3 years provided it doesn’t break on me so I’d like to know

There are some really good improvements from the Mi8

maybe next time she should do the review.. :p