DJI Phantom 4 Drone Review – Should you buy the Phantom 3 Professional instead?

Buy it on Amazon – http://lon.tv/phantom4 (affiliate link) – The Phantom 4 has some cool new features but is it worth the extra cost over a Phantom 3? I take a closer look and make some comparisons. See more DJI Phantom videos: http://lon.tv/dji and subscribe! http://lon.tv/s

The Phantom 4 is an improvement over the 3 but not a huge one. Camera quality and stability is about the same, with a maximum resolution of 4k at 30 frames per second and a new and somewhat low quality slow motion mode.

The drone has a new, sleeker design that DJI says provides for more stability in flight although it still handles as solidly as the Phantom 3 did.

The biggest changes that I’ve seen in the new one relate to its added autonomous features that includes a new collision avoidance system.

The Phantom 4 has two sensors on the front that will detect objects in front of the drone. If it gets too close the drone overrides the controls and slows down to a hover before hitting the object in front of it. It also allows for more fine movements when near objects for more precise close-in flying.

The other feature that I found compelling in the Phantom 4 is the ActiveTrack feature. Active track will lock on to objects on the ground and follow them without the need to have the controller or another device communicating back to the aircraft. It’s completely optical with the drone’s computer keeping track of the object’s location. It’s not perfect but when it does work it works amazingly well.

But if those two new autonomous features are not needed then the Phantom 3 Professional is still more than adequate for what most consumers might want and now costs less. Like the new Phantom 4 it remains very stable in flight, has a great camera gimble system, and has some autonomous flight modes that may not be as smart as the new drone but still very useful.

Visit the Lon.TV store to purchase some of my previously reviewed items! http://lon.tv/store

Read more about my transparency and disclaimers: http://lon.tv/disclosures

Want to chat with other fans of the channel? Visit our forums! http://lon.tv/forums

Want to help the channel? Start a Patreon subscription!
http://lon.tv/patreon 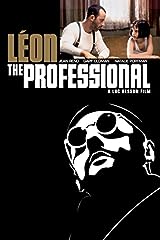 (5922)
(as of October 24, 2020 - More infoProduct prices and availability are accurate as of the date/time indicated and are subject to change. Any price and availability information displayed on [relevant Amazon Site(s), as applicable] at the time of purchase will apply to the purchase of this product.) 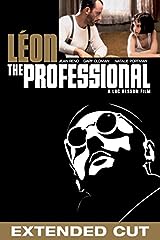 (850)
(as of October 24, 2020 - More infoProduct prices and availability are accurate as of the date/time indicated and are subject to change. Any price and availability information displayed on [relevant Amazon Site(s), as applicable] at the time of purchase will apply to the purchase of this product.) 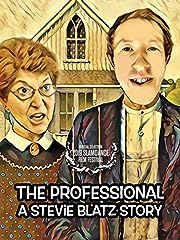 
The Professional: A Stevie Blatz Story

(as of October 24, 2020 - More infoProduct prices and availability are accurate as of the date/time indicated and are subject to change. Any price and availability information displayed on [relevant Amazon Site(s), as applicable] at the time of purchase will apply to the purchase of this product.) 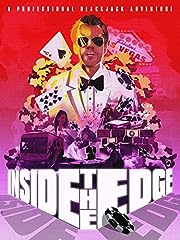 
Inside The Edge: A Professional Blackjack Adventure

(as of October 24, 2020 - More infoProduct prices and availability are accurate as of the date/time indicated and are subject to change. Any price and availability information displayed on [relevant Amazon Site(s), as applicable] at the time of purchase will apply to the purchase of this product.)

Looks rather interesting and I love high nature shots, however, I don’t think that I am willing to invest $1000 in a drone just yet and I haven’t used one before. Do you recommend any cheap drones? Or are there even any cheap drones?

Also what is the range on this drone?

Hey, the 1980’s just called. they want there pc back.. nah i am just teasing becasue you got a DJI at half price.. great video man..

The whole look of the Phantom 4 with its glossy white finish and compact design is so much better than the Phantom 3.

One of those drones would be nice toy to play with..

extra battery life too. I would not buy the 3, I’d save longer for the better version. Penny wise and pound foolish means crashed or lost drone.

I wanted to try a drone but I was a bit scared of buying a £1400 drone and crashing it as I have never flown one before so I recently brought the phantom 3 standard version at £399 in a sale to practice and once I am more confident I will be upgrading it. Good review as always lon

Looks like the Essex steam train .. in those overhead shots

Just got one at work, loving it so far. Great video.

+lonseidman you are going to want to keep an eye on the new Teal drones. 70 MPH and a smart computer on board. The creator is an 18-year-old young man in Utah. https://tealdrones.com https://d1kny8exojzscp.cloudfront.net/TealCut_v6.mp4 Looks like more fun in the air is on the way. Check out the race between a Phantom 4 and a Teal. https://www.youtube.com/watch?v=fLMkbEfN-x8

What will happen if its tracking my car on the highway ( follow mode) and lost my signal.. will it land on the road. ?? to be crushed by some vehicle..

can the camera rotate 360 degrees?

Hey Lon, a bit off topic but I don’t know where else to ask: Do you plan on checking out the Chronos Smartwatch attachment thingy? If you haven’t heard of it, just google chronos smartwatch and you should easily find it. They will ship them this months.

Is that an old IPAQ in the background on the shelf??

Hey Lon, if you’re into drones, you ought to check out the Autel Robotics X-Star Premium. I’m no expert, but it looks like it does most everything the Phantom 4 can but at roughly half the cost, which makes it even cheaper than the Phantom 3. https://www.youtube.com/watch?v=IQVrdVhBDfk

Amazing review! Keep it up! 😀

My wife just got me the Phantom 3.

Wish I could afford one :/

that drone is a stalker