Our full review of the Nest Learning Thermostat after living with the connected device for two years, in two different locations.

Nest Labs made headlines in 2011 when it introduced its “Learning Thermostat” to the world. It had some revolutionary features at launch, the combination of which had never been seen before, such as a round LCD screen, a Wi-Fi connection and control via smartphone app, motion sensor, humidity sensor, Airwave technology, automatic charging via existing 24-volt wiring, a simplified install process, and the killer feature: you program it by just changing the temperature and it learns your schedule, favorite temperatures and when you’re at home or away.

Nest Labs was co-founded by Tony Faddell, who was the “Father of the iPod” during his time at Apple. Not surprisingly, their first thermostat was rich on design, and brought a modern-retro look reminiscent of an old round Honeywell thermostat. On the nest you turn and push the outer ring to change temperature and settings, much like on thermostats of yesteryear.

Nest’s new thermostat promised energy savings of over 10%, but with a hefty purchase price of $250. Since the thermostat’s software could be updated remotely, you could conceivably own it for many years and gain more features and improvements, with no monthly fees.

For many users, it has certainly saved them money on their energy bills and simplified their interaction with their thermostat. But for others, including this reviewer, existing thermostat locations cause the Nest’s motion sensor to not work properly or trigger “Away Mode” when you’re at home, watching a movie or in another room for a long time.

The Nest Learning Thermostat is a great “disruptor” to antiquated and boring thermostat / HVAC technology, but it’s trying to be so many things from one single location that it sometimes fails to achieve even a few of them. The true connected home will have multiple sensors throughout, to better measure temperature, humidity, occupant movements and more

If you’re looking to jump on the Nest bandwagon, you may want to wait just a bit longer. Summer 2015 is going to HUGE for home automation devices, and we believe that Nest is going to introduce game-changing technology and software very soon. Whether it’s an upgrade or replacement to some Nest devices, or a whole new “hub” we’re not quite sure but something big is coming shortly from Google.

Google, which bought Nest in early 2014, is rumored to be working on an OS named Brillo for it’s Internet of Things (IoT) platform. It’s rumored to be released under the Android brand at Google’s upcoming 2015 I/O conference.

Buy the Nest Thermostat with our Amazon link and help support the show! http://amzn.to/1mWDirO

Some viewers have commented on why one of my eyes is red in the video. At the time, it was healing from a recent minor eye operation.

Produced and Hosted by Joe Dugandzic 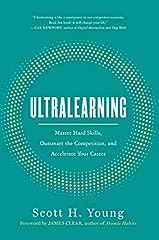 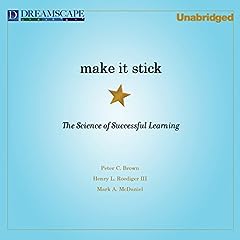 
Make It Stick: The Science of Successful Learning 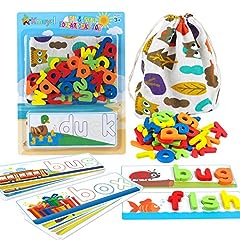 Matching Letter Game: This matching spelling game set aims to guide children to match the letters on the card with the wooden blocks, establish the connection between the objects and their names. Through a complete learning system, helps children dev... (as of November 28, 2020 - More infoProduct prices and availability are accurate as of the date/time indicated and are subject to change. Any price and availability information displayed on [relevant Amazon Site(s), as applicable] at the time of purchase will apply to the purchase of this product.) 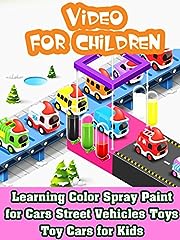 It’s really unfortunate that the users of Youtube can’t see past what you look like and post constructive comments. I enjoy your videos, very informative and well scripted, keep up the good work.

Still looks better than anything else on the market.
Nest is about taking existing products and making them better.

And today can you program the possible more than four times

Thanks for the time and effort to enlighten lazy people.

You do way much unnecessary talk, you should stay on topic and make your videos shorter

Great Video it helped out. I might the version 3. (the eye was a bit distracting but i knopw u had to get ur video out lol.

What if me and my girlfriend don’t have a set schedule? She works some days and doesn’t work others?

A stupid question: if my house has five thermostats, do I need buy five Nest to replace them ??

How has your energy bill changed with Nest?

I really like the new nest thermostats, it’s just the compatibility with most high end hvac systems is just not there yet. I have a trane xv18 air conditioner with the comfortlink II XL950 thermostat. I really like the thermostat, but would’ve preferred the newer nest with it’s features that adapt to my individual lifestyle i.e. motion sensor.

I think you’d be served well by making more concise videos. I got bored and just stopped watching.

Hi there, thanks for the video, it is very clear explanation, I like the advice to wait for the new version of it, which might be out there by now. I have a question which I haven’t yet seeing it being address regarding these type of smart thermostats. I live in Connecticut (very cold up here in the winter), my heating and cooling system (forced air) is working fine with conventional thermostats, but there is one thing which I’d like to know if I could get it better with Nest or any other similar device. My house has cross space basement (about 3 feet high from ground to rooms floor), the area where the thermostat is set is an area size 20 x 10 feet, two rooms connected entrance hall and family room (no wall between them), the unit is located more towards entrance hall area. In the winter time the living room feels a little colder due to more humidity of the cross space basement, if I turn up the thermostat the family room feels better but the rest of the house fells discomfort for the higher heat, my question is if Nest would do better in balancing this disparity of rooms humidity and gives a better temperature for the the 20 x 10 area so both rooms feels comfortable. (Hope I was clear). Thanks

VERY DISSAPPOINTED, my system is less than a year old, it stopped working and shut down the entire air con system and NEST refuse to cover under warranty, saying “we must have had a power surge”. Now, since installing NEST I am stuck having to replace it using their products as I have to re-wire my entire system if I want to revert back to my old air con thermostat. BUYER BEWARE, be VERY AWARE, they will have you stuck with them and wont honour warranty!

They are scams. Mine went out within a week and they don’t send techs out to fix it. So glad I kept my old thermostat

Thanks for the review.

Whats up with his eye

Really want the ecobee3 for the homekit functions, just a shame is not available in the uk yet!

This device is powered by the heating system. If the heat is off, the thing turns off. There is a huge flaw this dude isn’t mentioning. It disconnects way too much and being in a colder part of the world, that’s no good. I give this thing a 2/10. Save yourself the money and stop upgrading to modern tech. It’s all garbage.

Just another prime example that some things have crossed the technological line.

Thanks for posting, it was well worth the time to watch.

Thanks for your thorough review. I emailed Nest to see if multiple Nest thermostats would work in a church. Their response was a vague sales pitch that didn’t answer my question. I want to replace 8 programmable thermostats because people keep changing the settings, even with locked cases! I like that Nest gives a pin to keep this from happening. So what’s your thought about multiple Nests?