Hey whats up everyone, my name’s Chris Winter and in this video, I’m going to go through some of the Best Cameras For Beginners so you can decide which one you will be best for you.

So today’s question asks “Hey Chris, I’m just starting out in photography. I’ve been using my phone to take photos but want to step up to a better camera, what would you suggest”.Well to start off with, congratulatons on wanting to get started with photographhy. It’s one of my favourites thins in life and I’m sure you’ll get the bug and you’ll love it too.

So theree are a lot of great cameras to learn photography with, and they don’t have to be too expensive eitehr. First off, good work taking photos with your phone. I often encourage people to learn to take great photos with your phone because it really makes you be creative because your phone is somewhat limited compared to a dalr. Phones are super easy to use with their large displays, you can take a tonne of photos for almost no cost and because they’ve generally got a fixed focal length, so you need to use their your to move rather than just zooming.

But as you’re looking for a new camera, I’d first take a look at getting an older DSLR like the Nikon D3100. The D3100 came out a few years back so it’s a little older now, but it can still take some lovely photos. And if you pair it up with a nice prime lens, which is a lens thatt cant zoom, you’ll eb able to learn to take great shots with that nice background blur.

A good cheap lens that a lot of beginners use is the 50mm 1.8. These are pretty cheap and are great for portraits because you can really get a shallow depth of field and isolate your subject.

If you want to get an older Canon DSLR i’d look at the Canon T2i or Canon T3i. These are super cheap these days and have good 1080p filming as well. If you dont’ want to get an older or second hand camera, you could look at a few of these dslr’s. Firstly nikon just released theyr D3400 DSLR.

This one comes in at around about $500 and is great value for money. It’s can shoot at 5 frames per second and can also wirelessly ternser photos to your phone aswell. Canon have their T6 camera, or called the 1300d if you’re outside of amercia, and this is another great cameraa to learn on.

It’s got some pretty basicc controls but it also has all the manual settings for when you get a bit more comfortable with the camera. One of my favourite little cameras is this one here, the panasonic Gm1. This one here is about 3 years old now so it’s pretty cheap these days at around $300. It’s one of the smallest cameras that you can change lenses on in the world but it can still take lovely shots. Not only that, it’s also got a cool vintage look which I really love.

If you pair it up with a nice lens like this one here, the 20mm 1.7 you can really get some lovely photos as well. One of the most popular cameras from Sony is another one that you could look at. It’s called the Sony A6000 and it’s a few years old now but it’s still Great. Theres a few new models out now, the A6300 and the A6500, but for a beginner, I think the A6000 would be mroe than enough. You could also look at the Pansonic G7.

It’s a a brillaint little camera with great which records in 4k as well, so if you’re into making videos, that could be a good choice for you as well. So they some of the best cameras for beginners. 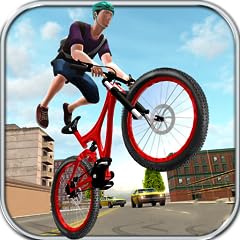 Beautiful 3d City Environment and Different Weather Conditions Extremely Interesting Cycling Objectives Amazing Bicycle Physics and Controls Chance to Show Some Real Stunts on City Roads Ramps, Mid Air Jumps, Fast Speed, Traffic, Brakes and Some Amaz... (as of September 22, 2020 - More infoProduct prices and availability are accurate as of the date/time indicated and are subject to change. Any price and availability information displayed on [relevant Amazon Site(s), as applicable] at the time of purchase will apply to the purchase of this product.) 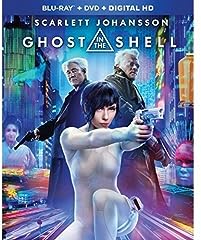 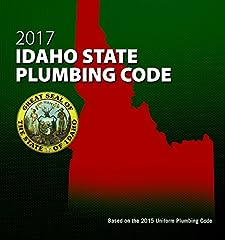 THANK YOU! I Really needed this video!!

canon eos 1300d or canon eos m10! I will use camera to take pictures and some time record video while traveling!

Great video! I love photography! I am on INstagram ( wendzze )

Hi, Chris, greetings from italy =) ! I’d like to start with photography but I don’t know which cheap camera is the best for begginers like me. Personally I was thinking about Panasonic Lumix DMC-FZ300 or maybe Canon sx60 hs, also Canon PowerShot G9 X seems nice too. Your suggestions would be greatly appreciated. Best Regards. Yuliya

I currently own a Fujifilm Finepix S8650 but I’m looking for an upgrade. Any suggestions?

does someone knows of my video’s has a good quality

Could you add few shots from these camera’s . Will be more helpful 🙂

I bought my first DSLR camera just over 12 months ago. I was going to get the Canon 1300D but I came across an excellent deal on the Canon 700D so I got that instead and I love it.

you seem to love lumix gm1 so much

What about PowerShot SX730 for a beginner ??

wow can send me a one camera

I like taking alot of pictures & videos i wana get me a camera but not shur wich one to get wat would you sugest??

Hello I’m beginner photographer, I just bought second hand camera Lumix DMC-FZ28 and it’s pretty good but I not really know how to use it perfectly. I just started like photographer now and become more experience on it…

is canon t3i a good camera for beginner?? my friend have one and wants to sell it to me for $350.. should i buy?? help